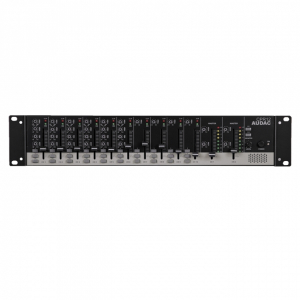 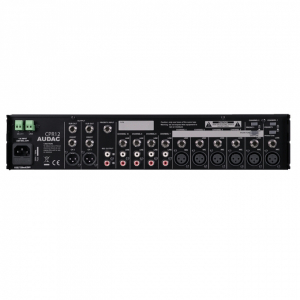 AUDAC CPR12 is an easy to use, flexible and multifunctional 10 channel pre-amplifier audio mixer with two zone outputs.

Every input contains a gain adjustment potentiometer with clip indicator LED and volume control fader. The routing for both zone outputs can be made using the output selection buttons.

Both output channels are equipped with an 8 digit VU meter which visualizes the presence and level of the signal, a volume control fader and 2 band tone control.

A built in PFL monitor loudspeaker allows the pre listening of every in- and/or output without the use of an additional headphone, providing a great user convenience when used in fixed installations racks. The provided potentiometer allows volume adjustment. Some other features present are a separate priority input which mutes all other inputs when a signal is detected, a recording output, a sub-out output and insert input for every output channel.

The CAR12 mixer has a 24 Volts alternative power connection performed using a 2 pin terminal block is provided for powering the amplifier on emergency power once the mains power is shut down. 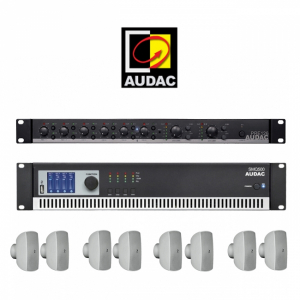 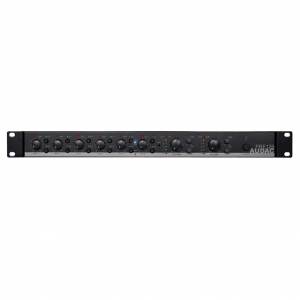 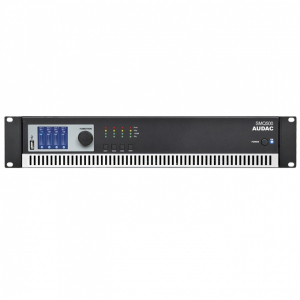