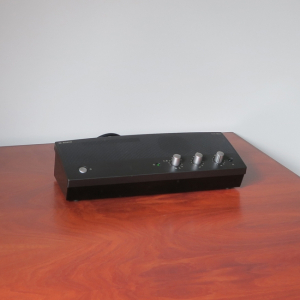 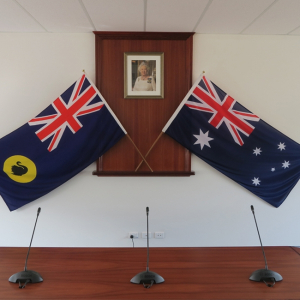 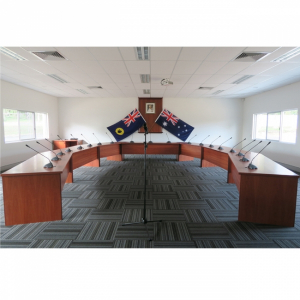 Since it's a plug-and-play, all-in-one discussion solution, the CCS-CU900 Ultro requires no special training or operator. Anyone can begin using the intuitive controls immediately.

The CCS-900 discussion system is intended primarily for small to medium sized meeting areas such as town halls, local business centers and courtrooms. The Bosch CCS-CU900 offers a host of design features that make it easy to manage meetings, including an advanced new patent-pending 'Possible-To-Speak' function which gives a visual indication of when the microphone is available for a delegate to take the floor.

The delegate and chairman units include a built-in loudspeaker, a microphone that's activated with a single touch and two headphone sockets with volume control. The chairmans unit also include a priority button, which temporarily or permanently mutes all active delegate microphones and sounds an 'attention' tone.

Four easy-to-use operating modes give the CCS-CU900 added versatility for more focus on the conversation. During meetings, one to four microphones can be active simultaneously, with the chairman always having speaker priority. Unused microphones are switched off automatically if delegates forget to switch off their units. Moreover, to support external participants (during town-council meetings, for example), extra microphones in any style (wired, wireless, handheld or podium) can be connected to the system.

The system is also designed for expansion up to 150 units, with the possibility of adding a wide range of other equipment and auxiliary components, including an interpretation system, language distribution, a public address system and an interface for tele-video conferencing. 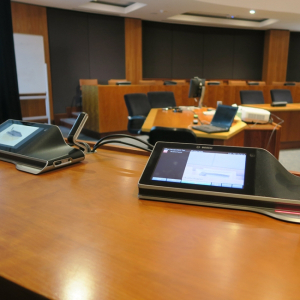 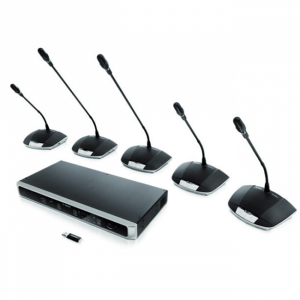